I’ve been having a whirlwind of a month. So far, I have given notice and left one of my two jobs (from the title of this post you know which one haha), and I have also participated in a craft fair for the first time in over a year. I had originally been taking a break from crafting for a while, because I couldn’t juggle it with work. I was also losing passion for it, sadly.

This year a lot has changed besides my shift in jobs. I’ve started crafting again, I opened up a new Instagram account to sell my work (check it out here!), and I started a different job back in May at J. Jill.

Which leads me to the subject of this post, and the question I’ve already been asked by several people. Why did I leave Ulta?

Let me start with some brief background. I started working for Ulta in April of 2016. My last day with them was September 2nd of this month. I was employed with them for 2 1/2 years. I worked inside of two different stores, had 3 different store managers, and I watched store associates come and go constantly. Too many to count! For myself though, I definitely wanted to continue working for them for a long time. I had aspired to go farther in the company and find opportunities for a promotion, but that never came to pass.

I will do my best to summarize my reasons for leaving, and leave it up to you to dissect.

I will not be naming anyone / calling anyone out. If you read this post and assume and/or know who I’m referring to, I will expect you to respect their privacy by keeping them nameless. I am sharing my own personal experience from working at Ulta, and this post does not necessarily represent the views or opinions of others or the company itself.

Read to the end for pictures!

Managers would have “meetings” and talk about all sorts of things without the knowledge of other associates. The biggest problem with this, is that associate work performance was sometimes discussed and then never relayed back to the associate. I can’t count how many times I’ve gone to a manager for career growth assistance, general guidance, or a performance evaluation, and gotten nothing helpful in return. One of Ulta’s values is Improve Always and I have never felt that this was being practiced at all.  I also applied for promotions almost 5 times, and never received a single answer on the status of my applications.

I had a store manager in the past mention that she didn’t hire someone only because the person said in their interview that she had not shopped at an Ulta before. It’s ridiculous to not hire someone with qualifying interest and experience just because they haven’t shopped at the store in question before. (Sidenote: I was hired by a different store manager even after mentioning in my interview that I had only been inside an Ulta twice in the past. Just because I had only been in the store twice, doesn’t mean I didn’t have a passion for the job/position).

I remember applying for a position in management (after being with the company for almost 2 years at this point), interviewing, and then was told that someone else was chosen. The hiring managers didn’t consider me for another position that would have been a perfect fit. Instead, they hired a person from outside of the company that didn’t know anything about the job. The same kind of thing has happened to other seasoned associates besides myself, that have tried to advance. If you have been with the company for a long time, have the experience necessary to get a better position, and have the support of your other coworkers, you should be near or at the top of the list for a promotion. Ulta says they love to hire from within, but I have yet to see them practice what they preach. I continuously have seen myself and so many others get overlooked for jobs that they deserve and work hard for.

Ulta runs a wide assortment of promotions, events, special offers, coupons, beauty steals, hot buys, a circulated sale magazine, and even more. Enough to really make your head spin. The store itself has a set day of the week that associates will come to work at the crack of dawn to assist in setting up the store to reflect all of the new changes for the coming weeks/month. This can mean anything from: putting out new products and displays, setting up signs and clearance stickers, putting up banners, and all sorts of other time consuming tasks. Ulta has the expectation for associates to complete all (or almost all) of these tasks during their shift, and expects the manager leading their team to organize and run it effectively to get it all done. There have been many times where things happen on these days that would delay tasks, or make things harder to get completed. Sometimes the response I’ve seen when this happens is downright disgusting.  I have witnessed managers getting frustrated and then taking it out on others by making them cry, calling out other associates, and excessively micromanaging. Ulta holds their teams to extremely high standards a lot of the time, and then comes down like a bolt of lightning when you aren’t complying.

No matter how hard I worked, or how hard I tried to improve on things, it would never be recognized. Nobody gave me feedback, nobody would mention any achievements I had made, and nobody would offer me an action plan to reach my goals. Telling us “Good job!” or “Thanks for your help today!” is just a general statement and is not genuine recognition. Whenever I would ask if I was doing something wrong or right, I would get told ridiculous or totally false things like: “Some days you do great and others we see you goofing off.” or “When you work you should do your tasks above and beyond. It’s what we look for.”

I have always tried to go above and beyond in my job and tasks. When I haven’t, I strived to do better the next time. I DID NOT “goof off” while working. Occasionally I talked or cracked jokes with others, but I was ALWAYS working constantly while doing so. Managers would do these things too, so they have absolutely no room to talk.

I’ve worked with managers that are conceited, have made me cry with harshness, talked down to me (and others), insulted or made fun of me, told associates that they were useless, said that associates are replaceable, are micromanagers, or are slaves to their jobs and begin to push that mindset on you. After a while, I just grew so sick of working in an environment filled with negative people and bad influences.

When I started working at Ulta I made about $8.75/hour. A few months later I got a small promotion and it was raised to $10/hour. A year later I got a raise of 30 cents, and then my second year I got a 21 cent raise. My final pay was only $10.51/hour. So in conclusion, my raise the second year was even smaller than the first! What a complete joke! Ulta definitely doesn’t compensate their associates well enough. I know a manager that has been working for the company for 5 years or more, and she only makes about $14/hour. My current job right now offered me that same amount when I started.

In addition to that, there aren’t enough positions available for growth in the company. You are usually either a part time associate, or one of the full time managers. They have only one other job in between, and its a part time “semi manager” position that is just as demanding and serious as a full time manager in the store.

Well guys, those are the main reasons I grew fed up with my time at Ulta and why I chose to move on to something better. Here are some photos for you to look at to go down memory lane with me one last time.

If you have comments or questions, don’t hesitate to let me know below! ❤ 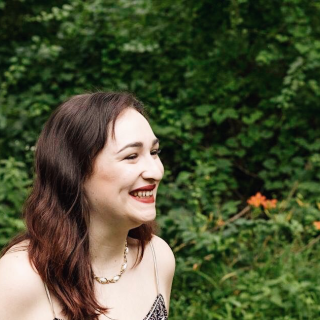